How much of the $346 million in untraceable ActBlue donations went to Jaime Harrison?

Earlier this week it was revealed that the Democrat fundraising platform ActBlue received almost half of its 2019 donations from unemployed individuals making untraceable contributions.

This year, the situation has grown even more shady, with OVER half of ActBlues donations – totalling over $175m coming from unemployed donors. 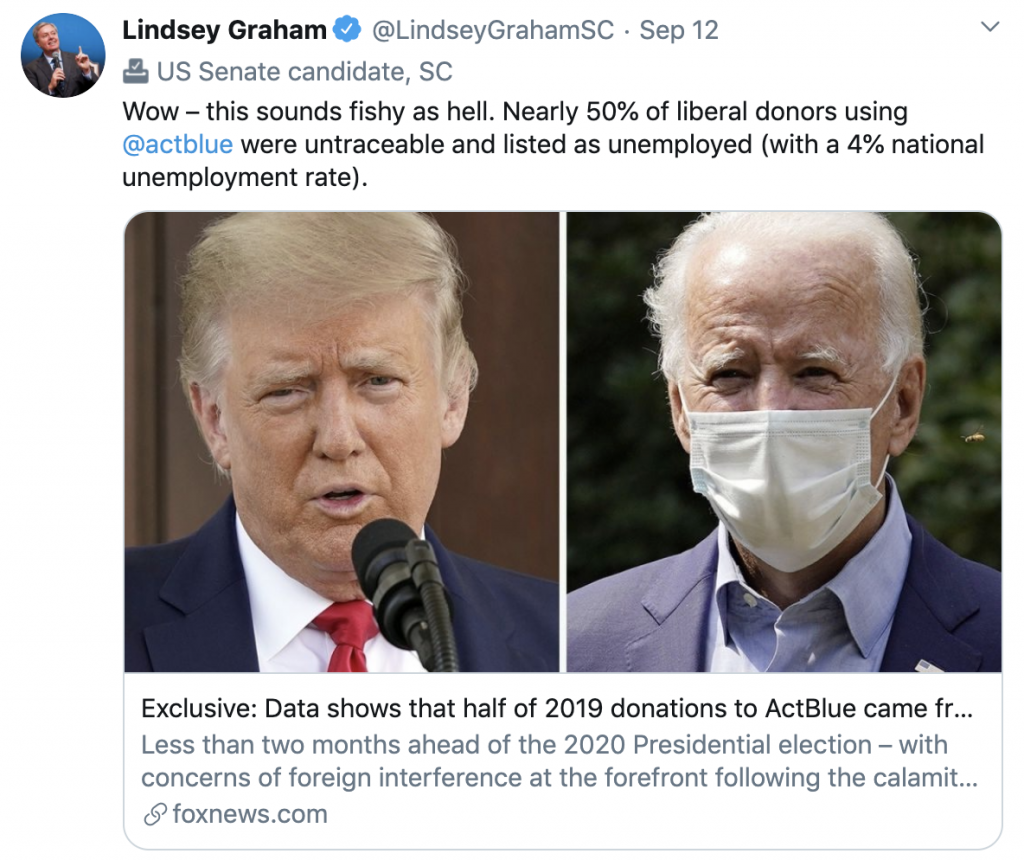 It is widely known that liberal Jaime Harrison has received millions of dollars in donations from outside the state of South Carolina, and now it’s becoming clear that the location of these donors isn’t the only thing fishy about Harrison’s fundraising success.

With the Senate race between Lindsey Graham and Jaime Harrison heating up and quickly becoming a key election to maintain Republican control of the Senate, it is no stretch to imagine that the Liberals in charge at ActBlue would be willing to engage in shady practices if it meant increasing Harrison’s chances of winning.

Republicans cannot sit back while the Liberal swamp seeks to buy the Senate majority with untraceable money!

Make a LEGITIMATE contribution today and join Security is Strength PAC's mission to protect South Carolina and America from Liberals like Jaime Harrison!