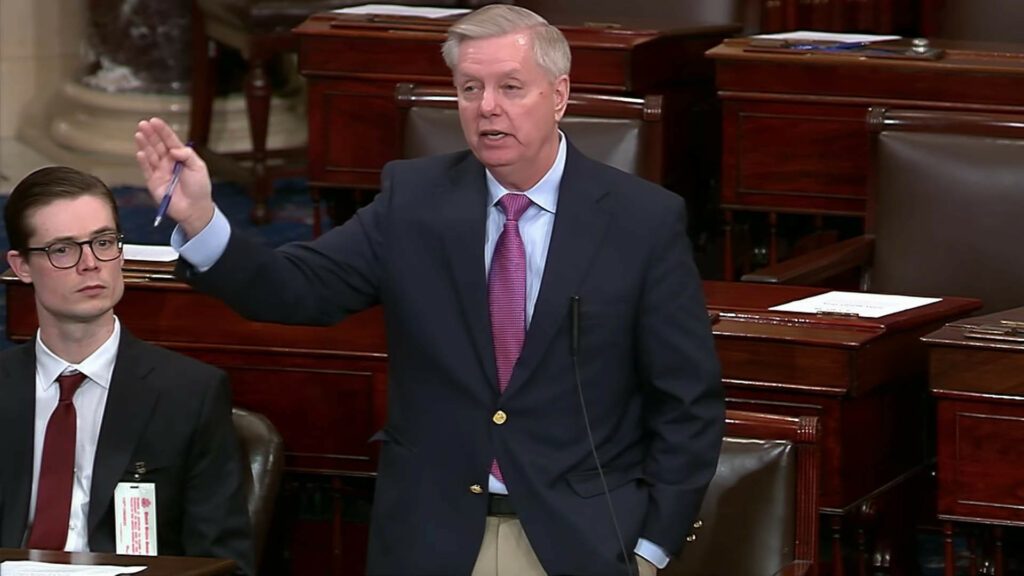 This past week, Senator Lindsey Graham spoke with Fox News’ Sean Hannity to discuss the Russia probe and suggested that there might be more damning information released in the next several days.

The Department of Justice recently shared documents that show that several of Robert Mueller’s investigative team members’ cell phones were wiped clean during the Russia probe.

While reacting to the news, Senator Graham explained that that the documents expose a double standard.

“We cannot live in a country where this is tolerated,” he told Hannity. “Trump-Russia, look how much money they spent, how many agents were involved in investigating all things Trump and Russia, how many subpoenas issued, how many lives turned upside down.”

The documents stated that dozens of phones were wiped of information, apparently due to “forgotten passcodes, irreparable screen damage, loss of the device, intentional deletion or other reasons.”

“If you can’t manage your own phone, why should we trust you to investigate a crime?” Senator Graham asked. He added that “the question is, did they obstruct justice, did they intentionally delete information from their phone because [Inspector General Michael] Horowitz was on the case?

“That’s the question for [Connecticut U.S. Attorney John] Durham. My job, as chairman of the Judiciary Committee, is to find out how the Department of Justice and the FBI got Crossfire Hurricane so wrong, why they lied to the FISA court, [and] to make sure it never happens again.”

At the end of the interview, Senator Graham also hinted that more information could be revealed.

“You think you are mad about the phones being wiped?” he asked Hannity. “Stay tuned. We’ll talk in about 10 or 12 days and we’ll see if there is something else you can get mad about.”

Lindsey Graham is once again demonstrating that he is not afraid to call out the hypocrisy of the left. His leadership in the recent past has already helped expose the motivation behind operation Crossfire Hurricane and the Steele Dossier.

We need leaders like Senator Graham who are willing to fight for fairness.