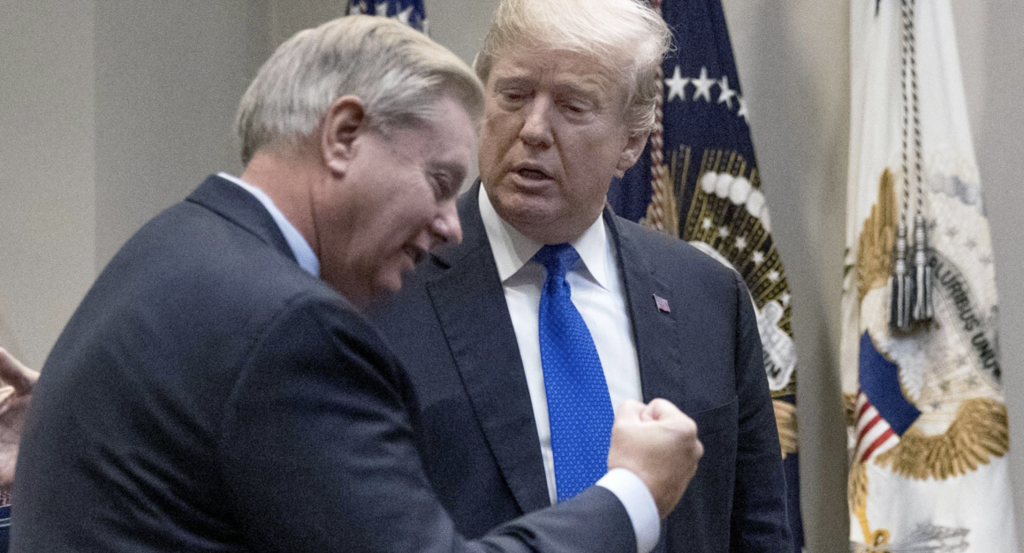 With nationwide riots and attacks on police over the past few months, it has never been a more important time to stand behind law enforcement, and Senator Lindsey Graham is one of the biggest voices in support.

During a recent interview with Sean Hannity, Senator Graham said that President Trump is “the strongest voice in America for the law enforcement community.”

“In his convention, he showcased the cops, victims of crime, family members who had lost their loved ones serving as a police officer,” the senator said. “Criminals have no fear, liberal prosecutors and politicians have no respect for the police. God bless you, Donald Trump. Law and order are on the ballot and we’re going to kick their ass for the men and women in blue.”

Both the President and Senator Graham have been opposed to the extremist movement to “defund the police.”

“God help this country if we lose [the election],” Lindsey Graham told Hannity. “We’re in a fight for the heart and soul of the country … stand behind this president. This president is doing what he needs to do.”

Senator Graham and President Trump are the conservative leaders we need who aren’t afraid to fight against radical leftists that want to tear down our country’s institutions and demonize the brave men and women who protect them.

If you agree with Senator Graham and continue to support law enforcement, sign our petition to let us know you stand with them!