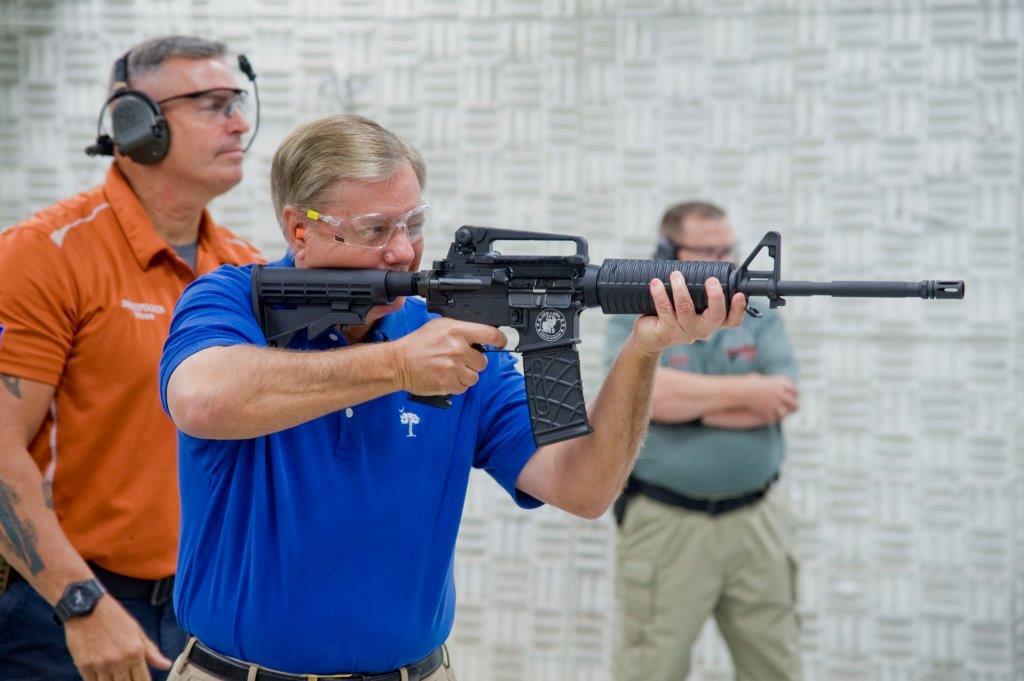 Senator Graham was given an A+, the highest rating on the NSSF’s congressional scorecard.

“His commitment to firearm safety and protecting the Second Amendment rights of law-abiding citizens is long-standing,” said Lawrence G. Keane, NSSF’s senior vice president. “Senator Graham has been a champion for the industry’s ‘Real Solutions. Safer Communities‘ campaign, which is focused on ensuring those who should never possess a firearm are not able to get hold of one. Senator Graham continues to push for legislation to protect federally-licensed firearm retailers and hold criminals accountable for thefts and robberies that put our communities in danger.”

Senator Graham also supports NSSF’s Project Childsafe, which works with thousands of law enforcement agencies to distribute firearm safety kits, including free gun locks. As Chairman of the Senate Judiciary Committee, he has also overseen the nomination of federal judges who uphold the Second Amendment rights of citizens.

Leaders like Lindsey Graham have helped protect Americans from potential gun violence while also preserving the rights of citizens to own firearms. We must continue to support them in order to maintain the security and freedoms that we have.